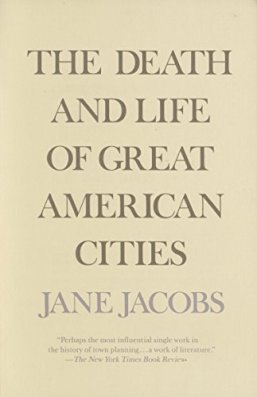 This book is an activist’s ode to the ineffable nature of cities–places full of a regenerative vitality that we often diminish in our attempts to organize them via conventional city planning. Rather than molding cities in to a utopic image of what we think cities should look like, Jacobs’ key focus is how to revitalize American cities based on simple principles that promote diversity of uses, people, and structures over time and space.

Encompassing everything from safety, to economics, to unslumming neighborhoods, to traffic control, Jacobs’ four conditions for vitality are a strategy that I like to think of as a holistic healing method for all of the interrelated elements of a city. She dives deep into often ignored details like the role of informal surveillance of sidewalks, e.g. storekeepers, people running errands, the old guy always sitting on his stoop, homeless individuals (or the “leisurely indigent” as she calls them). Each section is detailed and concise, and Jacobs always relates the individual concepts back to the larger end goal of vitality and diversity.

Jacobs’ writing is full of a scathing wit that I often observe among writers going against the academic grain, and her arguments are logical—founded in common sense and observation. The book was originally published in 1962, and yet the concepts still ring true today. The same problems and failures attributed to orthodox city planning could be applied to any number of other fields—the financial system, human health, agriculture, and more. As with any dynamic organism, Jacobs argues that we can nourish a city and provide a positive environment while also acknowledging our incomplete understanding of its complexity. While this book made me feel disappointed by our lack of progress in creating healthy cities, it also provides a way forward and a genuinely optimistic outlook for the future of American cities.

“Conventional planning approaches to slums and slum dwellers are thoroughly paternalistic. The trouble with paternalists is that they want to make impossibly profound changes, and they choose impossibly superficial means for doing so.” 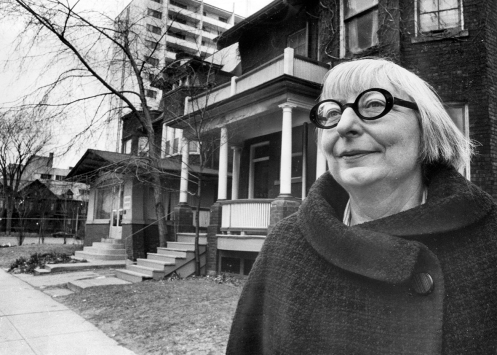