“Understanding that nature is not normative does not mean that anything goes. The fears come from the mistaken identification of wildness with the forest itself. Instead the landscape is an arena for the interaction of natural and social forces, a kind of display, and one that like all displays is not fully under the control of its authors.” 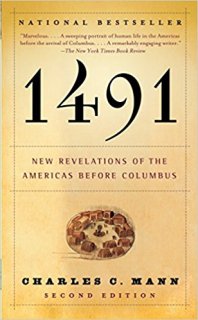 Charles C. Mann’s 1491 re-tells the history of the Americas as it has been revealed over the last several decades of advanced research. Starting by correcting the massively underestimated pre-Columbian population figures, Mann then shifts focus to the next logical question—what were all those millions of people up to before small pox and Columbus arrived? The last section of the book discusses the ancient ecology of the Americas and why its collapse inevitably followed the destruction of Indian societies.

Each chapter is full of boots-on-the-ground research efforts, the high drama of the academic world, and myth debunking evidence.  Throughout the book, Mann equivocates about politically charged disagreements regarding native communities and more importantly, insists on something long denied the American indigenous—the dignity of agency in their own history.

1491 is important because it points out why the Americas was not, in reality, a New World simply because it was new to Europeans in the 15th century. Many modern environmentalists who advocate for restoring land to a “pristine, wild” state of the past fail to acknowledge an entire continent of diverse ecosystems that were highly managed and integrated with native communities before those societies were decimated. This book is proof of the monumental gaps in our understanding of the world as well as the underestimated legacy of the people who were exploited to make a privileged Western society possible. 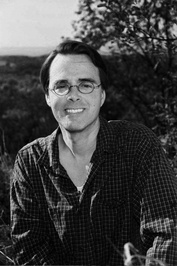