Noé Álvarez was nineteen years old when he dropped out of college and bought a one-way ticket to Canada to embark on a 6,000-mile run across North America. As a young, first-generation Mexican-American man struggling through his first year of college, Álvarez is captivated during a presentation about the Peace and Dignity Journey (PDJ), in which runners traverse the continent on a spiritual and physical journey to celebrate, heal, and unite indigenous peoples. During a time in his life when everything about his environment was telling him that he did not belong, the PDJ offered his wandering spirit the opportunity to join forces with other kindred souls seeking to honor indigenous values and lifestyles, carrying prayers and stories all across the continent to reclaim peace and dignity.

The PDJ is inspired by the ancient First Nations prophecy of the Eagle and Condor, which predicts a unification and solidarity of indigenous peoples after hundreds of years of colonization and destruction. From Alaska to the Panama Canal, the participants run relay-style over varied, grueling terrain. Álvarez soon learns that the challenge is much more complex than putting one foot in front of the other. The runners struggle with the same issues of tribalism, sexism, toxic masculinity, and distribution of resources that pervade the larger society. In addition to the daily physical strain and navigating social dynamics, Álvarez is forced to reckon with his own self-doubt and free himself of the damaged self-image imposed on him by others.

Álvarez’s biography illustrates how self-love becomes a radical act for Latinx and indigenous people who have been oppressed on their ancestral lands. As he encounters communities that feel both familiar and foreign, sometimes at the same time, Álvarez learns that “home is everywhere in movement.” From the Lillooet territory in Canada to the Zapatista territory in Mexico, there is wisdom and healing and unexpected moments of joy and pain to be discovered at every turn. 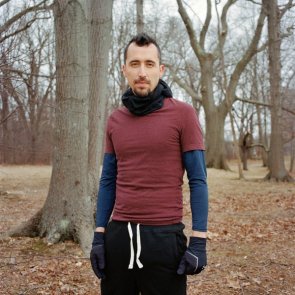 “We create pacts over French fries and tacos, and stack onto our shoulders the kinds of promises that weight on first-generation youth: to be the ones who save our families from things like poverty, deportation, and harsh labor conditions.”