For someone with only a surface-level understanding of the Vietnam War and its impact (especially beyond the narrow scope of the white, counterculture movement of the American 1960’s that dominates this chapter in US history books!), this novel felt like such an important read. It tells the story of a French-Vietnamese communist sleeper agent navigating life in America after the Vietnam War. While rejecting romanticized notions of all ethnicities– especially the American representation of Vietnamese in Hollywood–  Nguyen explores the diverse political and cultural identities of displaced and/or immigrant Vietnamese in the US.

Full of soldiers, academics, musicians, spies, journalists, and more, all of the characters have a satirical intensity but feel jarringly real. The book is laced with a witty, dark humor that I love and had me re-reading sections in order to fully appreciate the nuance of Nguyen’s prose. Both intellectual and plot-driven, it is definitely the most impressive book that I have read so far this year.

“But I was also one of those unfortunate cases who could not help but wonder whether my need for American charity was due to my having first been the recipient of American aid.”

“Disarming an idealist was easy. One only needed to ask why the idealist was not on the front line of the particular battle he had chosen.”

“We have all kinds of ways to talk about life and creation. But when guys like me go and kill, everyone’s happy we do it and no one wants to talk about it. It would be better if every Sunday before the priest talks a warrior gets up and tells people who he’s killed on their behalf. Listening is the least they could do.” 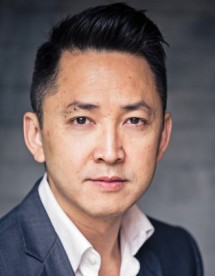