Roxane Gay has a truly inspiring ability to write about sexual violence through the unfiltered, unapologetic voice of a survivor. In this novel, she details the unravelling of a woman after she is kidnapped for ransom in Haiti—the destruction of a woman’s body and her fundamental sense of self.

As a first generation Haitian-American, Mireille copes with the uncomfortable contrast between her family’s wealth and the poverty of a country that is both an integral part of her identity and a place she can never really understand. Throughout the book, Gay’s characters are forced to determine what physical and emotional ransoms they are willing to sacrifice for survival. The novel is also critical of Western perceptions of poorer countries but refrains from presenting readers with any simple conclusions regarding ambiguous identity politics.

It’s a heavy read, but an important one—the timeless story of the destruction of women at the hands of entitled, prideful men. The dialogue felt a bit heavy-handed at times, but I appreciated the fact that the relationships are full of the frustrations and contradictions that push us to our limits, for better or worse, when it comes to the people we love the most.

“There is nothing you cannot do when you are no one.” 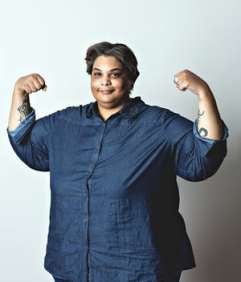