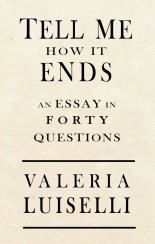 An essay in 40 questions, beginning with “Why did you come to the US? Where are your parents?”

In Tell Me How it Ends, Valeria Luiselli shares her experience as an interpreter for refugee children from Central America arriving in the United States. As she fills out the intake questionnaire with each child, she attempts the impossible task of reducing the traumas of their life into a few blank lines.

The maddeningly concise questions minimize the underlying tragedy—the fact that thousands of children with the right to political asylum, the right to a dignified life free of violence and persecution, are quickly filtered through the US legal system. Often, they are deported as “illegals” before receiving legal support or due process to obtain refugee status.

Luiselli’s work is a testament to her commitment to making these stories known and heard. Many of the questions she asks the children are unanswerable, beyond comprehension, or too sad to muster a coherent response, but the call to action for the rest of us is much clearer:

“And perhaps the only way to grant any justice—were that even possible—is by hearing and recording those stories over and over again so that they come back, always, to haunt and shame us. Because being aware of what is happening in our era and choosing to do nothing about it has become unacceptable. Because we cannot allow ourselves to go on normalizing horror and violence. Because we can all be held accountable if something happens under our noses and we don’t dare even look.”

This book gives readers the opportunity to bear witness to the suffering of others, understand why families and children will continue to flee oppressive conditions, and hopefully inspire readers to take action against dehumanizing policies.

“And once you’re here, you’re ready to give everything, or almost everything, to stay and play a part in the greater theater of belonging.” 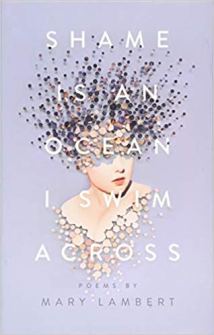 In this collection of poetry, Mary Lambert lays her heart bare as she writes about navigating love, artistry, and healing as a survivor of sexual violence. Not exactly a light read, her poems are the kind that poke at your insides like acupuncture for the soul. There is a dark playfulness to some of her poems, and the emotional tone oscillates between redemption and sorrow in that bewildering way we tend to experience them in real life. I’m thankful for women like Mary Lambert who give strength to us all by speaking up in a world where shame fosters silence and increasing isolation.

“I once touched a tree with charred limbs

The stump was still breathing

But the tops were just ashy remains

I wonder what it’s like to come back from that” 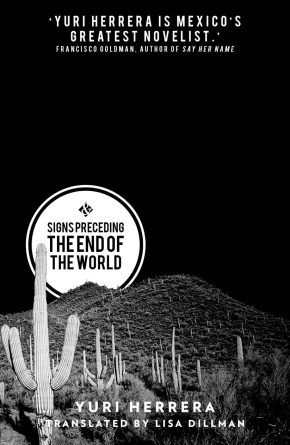 The novel opens with surrealist undertones as the main character, a young woman named Makina, is about to cross over to another world. Makina has been tasked by her mother to cross the border from Mexico to find her brother who left 3 years earlier. In order to have a chance at succeeding, Makina is forced to cooperate with the local cartel, who promise to help secure safe passage in exchange for a favor.

Makina’s journey illustrates the unimaginable risk undertaken by those crossing the border illegally, the stakes that make it worth losing everything, and the forces that motivate immigrants to stay in a new country despite their permanent status as an outsider in a disillusioned society. By showing the US through Makina’s perspective, Herrera turns the tables on the common notion of Latinx immigrants as criminals.  In the US, Makina’s compatriots must be “armed with work”, constantly deflecting persecution and protecting themselves from violence by existing just on the edges, in the backs of restaurants and on bleak construction sites.

The story also showcases savvy women who choose not to be victims in a misogynistic society. The women adapt ways to harness their power without men even noticing the ways that they take control of their lives and communities. Early on in the book, her mother says, “I don’t like to send you, child, but who else can I trust it to, a man?” Makina’s power stems from her ability to interpret many layers of language in her job as a switchboard operator as well as acting as an emissary between two entangled cultures.

Herrera has an unexpectedly whimsical use of language, his words both simple and inventive. The English translation captures this surprisingly well; the original Spanish version is surely even richer. The plot is largely executed in the abstract, with towns, countries, and activities that go unnamed but are understood implicitly by the reader. These concepts are interspersed with tangible details that bring to mind stark images. To read this book is to take a journey to the US from the Other Side—any origin/identification/language that makes you forever the target of disdain and suspicion.

“The city was an edgy arrangement of cement particles and yellow paint. Signs prohibiting things thronged the streets, leading citizens to see themselves as ever protected, safe, friendly, innocent, proud, and intermittently bewildered, blithe, and buoyant; salt of the only earth worth knowing.”